OK, so I'm still pissed about Obama being president, not gonna lie. But I won't deny that my post from last night was a little irrational, and that calling Obama voters "ignorant morons" was a little harsh. I usually don't get into politics since it ruins friendships and stuff, and pretty much all politicians on both sides are pretty corrupt anyways, but I understand that not everyone has the same opinions as me, and I didn't mean to sound hateful or anything towards Obama supporters. To be honest, I wouldn't have had a problem with Obama if he wasn't so sketchy, but that's just my opinion. I know a lot of Obama supporters think that people who voted for McCain are "racist" but for me and a lot of my friends, that is not the case...I can't speak for them but from what I can see, he has socialist tendencies, not to mention his birthplace and qualifications are questionable. The only thing that REALLY bothered me was that there were voters on both sides who voted for either Obama because he was black, or for McCain because he wasn't, and didn't bother to get informed on either candidate's platforms.

But of course, since all is said and done and there is nothing we can do about it now, we'll just have to watch the next 4 years unfold and see how Obama does as the new POTUS. I will give him props for becoming the first black Pres, and that's a great achievement for anyone really. But despite the outcome, I'm glad that so many people got out and voted this year.

My post from last night was just me venting and being pissy (and opinionated), and I had no intention of offending anybody on my friends list and if I did, I'm really sorry. :( This is why I usually don't get political lol

Today is a day that will live in infamy...the day Americans trashed their freedom and democracy for "change" - that change being SOCIALISM...great job you ignorant morons!!

so much for being free, having democratic rights, so much for the founding fathers who fought for our right to freedom and democracy...so much for the American Dream!! We used to be a country people DREAMED about, but now we're just like everyone else...on our way to becoming like every other 3rd world country on the fucking planet!! 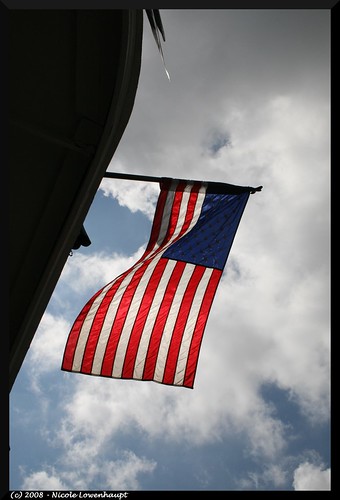 All you have to do is enter your name, age, zip code, and email address. Nothing else is required and you won't get tons of spam email.

It's a great cause and you'd be donating $1 to the campaign at no cost to yourself. I've already signed up, along with 19,249 other people.

Think about it: if one million people sign up, that's one million dollars to help these children.


if you want to help, click the link, then send it out to other people
http://speakup.oxygen.com/campaigns/neworleans/register/bb3c08180f49f2ca806c99cb4b59f3f8/

i only deleted the people whose journals are inactive b/c i needed a serious friend cut...i would say "leave a comment if u wanna be added back" but im sure the people im deleting could care less, seeing as its been over a year since they updated their journals anyway...

hey does anyone know how to delete addresses out of my address bar? b/c i have some addresses i dont use and i want to get rid of them. thanks! i have mozilla firefox browser if ur wondering...i also have opera, but use mozilla more

hey does anyone know the name of that new bsb song?

im so obsessed with their songs it isnt funny lol

and since its such a turning point in my life im going to make this post public!!!

this is going to be public b/c im just reiterating

as for those on my friends list...i havent cut anyone off so dont worry :)

lj is a bitch that erased my entry :( im not retyping it, i have hw to do
Collapse